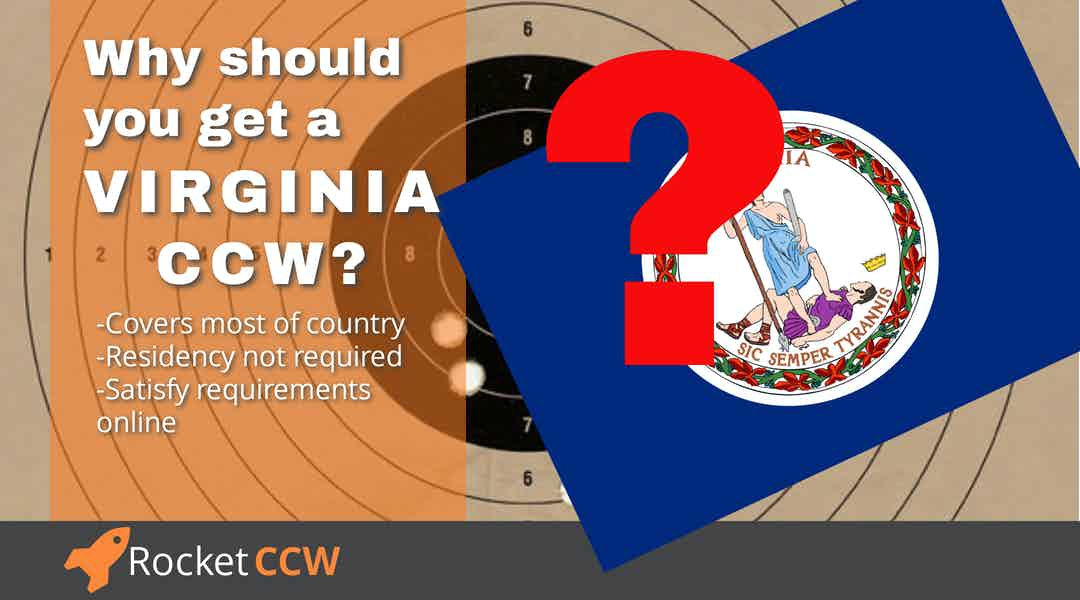 Regardless of whether you actually live in Virginia, you should consider getting your Virginia CCW.

As we’ll discuss below, you should get your Virginia CCW because:

If you’d like to know how to get it, check out our article: How to get your Virginia concealed weapon permit.

Carry Concealed in Most of the Country

With a Virginia Non-Resident CCW, you can legally carry concealed in the following 32 states:

With a Virginia Resident CCW, your permit is recognized in the following 36 states:

Residing in Virginia is NOT Required

We now know that the Virginia CCW will allow you to cary in over half the country.  That’s great, but another great feature of this CCW is that you don’t even have to live/reside in Virginia!

As you can see above, Virginia offers a Non-Resident version of their CCW which allows for lawful concealed carry in 32 states.

Unless you don’t own guns and/or concealed carry, there’s no reason not to get a Virginia CCW.

As of Jan 1, 2021, Virginia no longer accepts online training certificates.

If you’re ready to get the Virginia permit, check out How to Get Your Virginia Concealed Weapons Permit

No comments to show.